Located in the western Himalayas, Himachal is also known for its scenic beauty. With five perennial rivers flowing through the state, Himachal Pradesh has a great potential to contribute in the total hydropower requirement of India.

Some of the key upcoming projects in the state include:

Una is witnessing immense changes across the city solely due to the economic growth, developments in infrastructure and advancement in the education sector.

The New Modern Commercial Complex and Multiplex is expected to open in UNA will become the new face of modern urban, well planned, neat and clean city with all the advanced facilities like banks, showrooms, cinemas, food courts, etc

Big companies like Nestle are setting up factories in nearby industrial area Tahliwal, Cremica is already present there. To be sure, the multiplex revolution in small towns is linked inextricably to the mall culture. The MRC mall is an iconic in terms of size, area and infrastructure - clearly indicating a more voracious appetite for cinema hall, food outlets and all kinds of retail activities. Una being the tier-II city it has higher disposable income owing to a lower cost of living and the perception of malls as aspirational spaces. 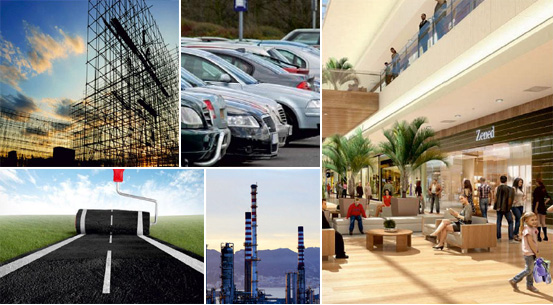 Time: It is one of our signatures to complete the project on-time. We give enough room for customisation and time for inspection to the client.

Customers: Behind our operational excellence and passion for innovation lies a constant spirit to make the customer happy at the end.

Innovation: We follow new technology and drive innovation that gives the desired result in the most cost-effective environment.

Teamwork: We build dreams with our efficient force work and adroit craftsmanship, working coherently together for a positive and bright future building.

Integrity: We are the curators of futuristic solutions, which are made possible by two guiding principles Integrity and sincerity.

Please fill the form below.